From hosting a top-rating dating show, to sporting crowds of over 100,000 people, from Miss Universe Finals to gala award dinners… Pete Lazer is one of Australia’s most sought after hosts.

Pete is a true professional who has made a career out of talking about anything, to everyone – from the most famous sports stars or prime ministers, from rock legends to the everyday man or woman on the street

Pete’s currently filming all over Victoria, reporting for Channel 7’s flagship Sunday afternoon program “The Great Weekend” with Brian Taylor, Jane Bunn and Jack Riewoldt – finding out the best things to do on a great weekend…he even has his own game show segment!

He is simply one of the best presenters, hosts and MC’s in Australia.

From hosting a game show for Channel 7 on Sunday’s at 5:30, to a top-rating dating show on Channel 9, being the AFL’s match day MC in the middle of the MCG – Pete Lazer has been a man in demand! Audiences and crowds from 100 to over 90,000 are kept entertained with his infectious enthusiasm, unlimited energy and engaging professional personality. In the past year alone he has worked as MC for the AFL, Cricket Australia, Hyundai A-League, Melbourne Storm, Formula One and Netball Australia as match day MC. Throw in any number of functions for over 1500 people with awards nights, product launches, charity functions, Christmas parties and corporate events…sport, fashion, entertainment – you name it, Pete Lazer can do it.

2019 exploded with “The Great Weekend” on Channel 7, and Pete hosted the viewers favourite “Cabin Pressure” game show in the iconic Melbourne Observation Wheel. Stories were reported from all over Victoria as Pete and TGW team turned every Sunday afternoon’s viewing into a Great Weekend!

Seen on Channel 9 as host of On Display, a lifestyle program that looks at the latest and greatest display homes and land estates. He’s also been reporting for “Talk to the Animals” and hosted a couple of exciting pilot shows still in the production process – “The Bottom Line” and “Get Some Nuts”.

Pete was also the host of the cult hit show Shopping for Love, on Channel 9 – a summer TV hit that attracted more than 900,000 viewers per episode! He also hosted “On Display” for Channel 9, showcasing the very best of home design and the best urban developments.

Twenty-20 and One Day International cricket around Australia has the energetic Pete Lazer at the helm, and as the match day MC during the AFL season – as well as hosting corporate AFL rooms for the footy high flyers – Pete engages everyone at the MCG and Marvel Stadium.

And this doesn’t even mention the Commonwealth Games in 2006 and 2018, the Grand Prix or watching the Australian Diamonds.

Maybe you saw him as the MC for Melbourne Victory, or at a Melbourne Vixens game? Or in years gone by, the host for the Melbourne Storm?? Chances are you have seen and enjoyed his amazing energy and hosting ability.

Pete was also the host and producer of Beyond the Boundary, on Channel 10.

Pete flies all over the country to front ANZ’s Breakout Campaign, as well as host events for Stella Artois in Sydney and charity functions in Adelaide. Back in Melbourne, Pete has MC’d or hosted for many big names – from fashion (Millinery Collection @ Flemington) and Miss Universe Australia Final (2006-2012), to entertainment (5th Avenue functions and Moomba concerts) to more sporting and award dinners everywhere.

He even counted down the New Year for over 15,000 party goers as the host of the World Party at Federation Square for the past 14 years

Over the past few years, Pete Lazer as the face of Primus Telecom TV commercials, being seen on billboards, the internet and in your mailbox – you’ll even hear him on the radio! A great campaign and well-positioned brand for a new Australian celebrity face to be fronting.

During the 2006 Melbourne Commonwealth Games, the voice and energy of swimming on the pool deck every morning and night, to rapturous applause and excitement. Many described the swimming as the most unbelievable sporting event they had witnessed – not least due to the noise and exhilaration generated by Pete before and during the events at the Melbourne Sports and Aquatic Centre.

On a charity front, Pete is a former board member for Variety, the Children’s Charity and Chairperson of the Young Variety Committee. He has hosted My Room, for the Royal Children’s Hospital, raising over $700,000 on the night at Crown Casino. He’s also fronted Purple Nights, for the Allanah and Madeline Foundation and the Parkinson’s Victoria Gala Dinner. Add to that hosting Brainwave, EJ Whitten Foundation and many other events – Pete is the MC and host that everybody wants.

What people are saying about Pete Lazer

“Valentina and I would like to extend our sincere thanks to you for the wonderful job you did for the Melbourne Wish Ball on Saturday night. We were thrilled with the success of the overall event and the professionalism you brought to the job was greatly appreciated. The fact that you were so willing to provide your services in-kind is a clear indicator of your kind heart and commitment to furthering great causes such as this one. Once again, thank you and I hope that we have the opportunity to work together again soon.

“What can I say –  Thank you so much for yesterday – it was an incredible day for a group of very beautiful children and their families and your contribution in ensuring they all had a wonderful day was fantastic.  You are a natural and the kids just love you!”

“Thanks Pete!! You were awesome! definitely made our event look and sound professional and fun - which was the whole point!”

“I just wanted to say you were absolutely fantastic yesterday. We had issues with the very late arrival of the players - Pete controlled the crowd amazingly and was so energetic”

“Just wanted to say a huge thankyou for hosting the PBG launch last Thursday, was greatly appreciated and another wonderful job as always” 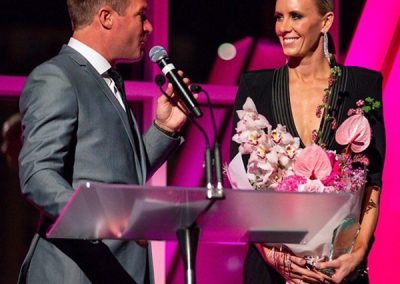 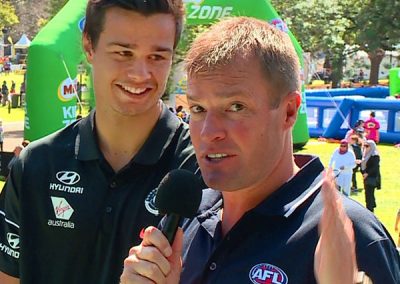 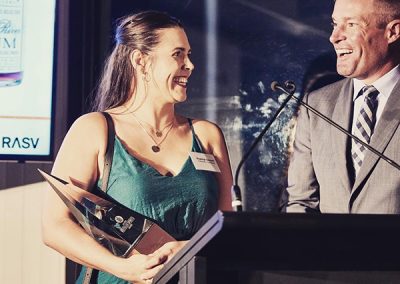 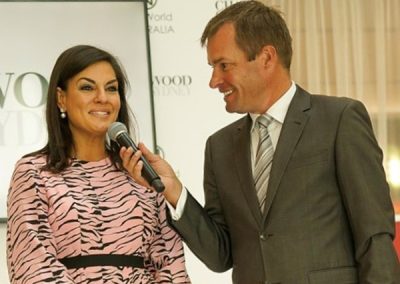